Instructor Yaidel Gonzalez 4th Dan Kenpo Jutsu Kai
4th Dan in Shito-Ryu and has been studying martial arts from the age of 4. Achieved numerous awards studying the arts of Shito-Ryu, Shotokan and Kempo Jutsu Kai. Competed in numerous martial arts tournaments and won 1st and 2nd places in Point Sparring and Katas. (Japanese word describing detailed choreographed patterns of movements, simulating a battle)
Full time college student and is an example to all young ladies in our community.

Instructor Devin Mendieta
2nd degree black belt in Shito Ryu and has been studying karate from the age of 5. Achieved numerous awards and recognition in the arts of Shiot-Ryu. Currently a senior at West Orange High School.

Instructor Bill Peer
1st Dan in Shito-Ryu. In 2013, Bill and his family joined Winter Garden Karate Academy where he has been a member ever since, training and helping other students primarily in three areas: grappling, boxing, and fight strategies.

His experience, military specialty, and college education uniquely qualifies him in these areas and adds a powerful dimension to all our students.

#2 High School Wrestler in Austin Texas, and #8 in the state at 132.
When Bill joined the Army, his grappling skills continued to improve through the Army's basic hand to hand combat instruction.
While serving in Korea, Bill studied Tae-Kwon-Do as part of a military program, where he began incorporating striking in his art. In his 30s, Bill began boxing under the direction of Del Smith (of Vernon Forrest fame) at Del Smith's Boxing Gym in Atlanta, GA. Bill holds two MOS designations (98C and 96B), has attended Stanford University's Strategy Program, and holds a BS (Cum Laude) in Physics and an MS in Computer Science. 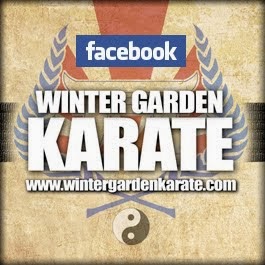